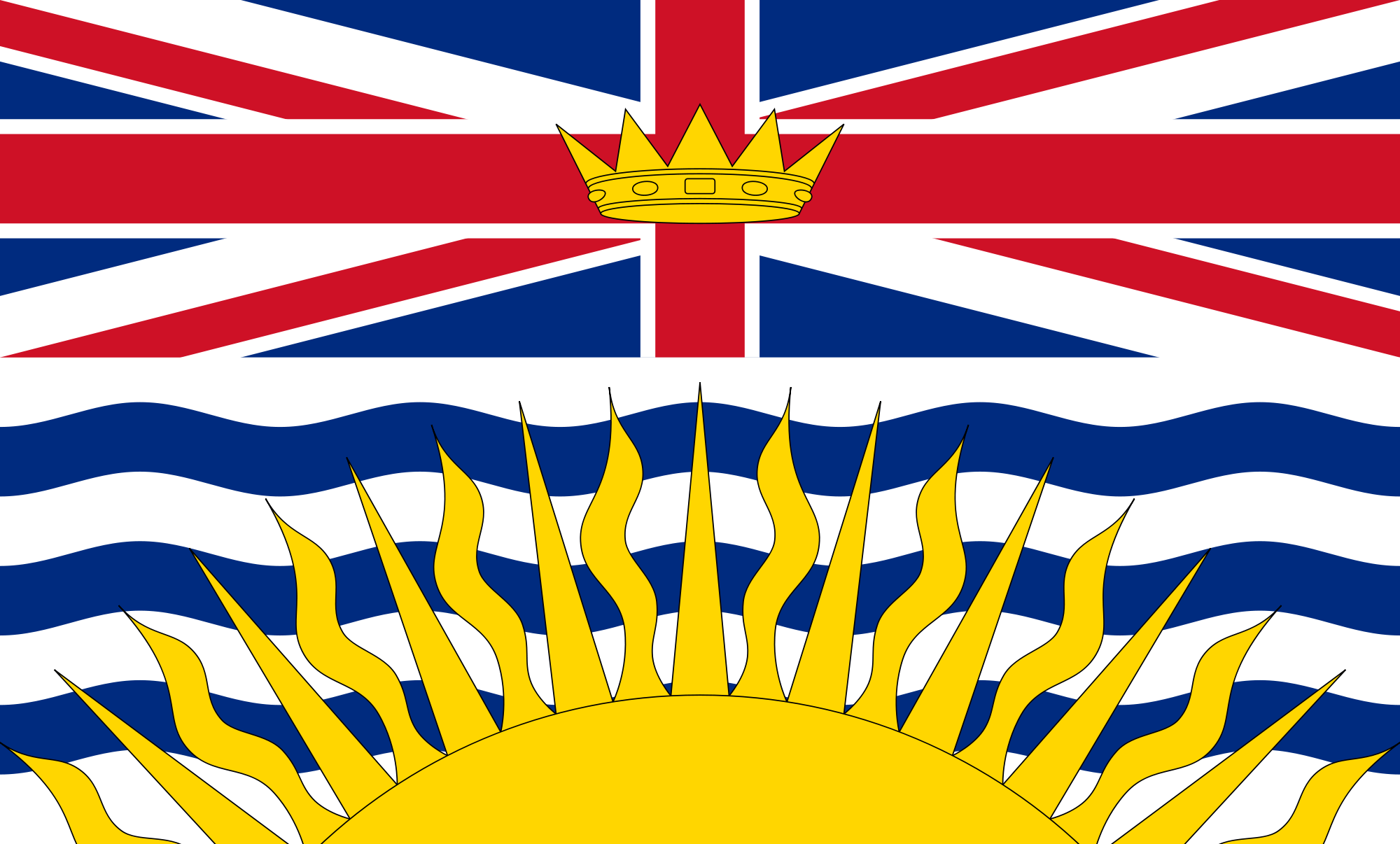 While this is a BC Newsletter, it is going out through our Canadian Citizens On Patrol group which is in seven of our provinces. It now has a Facebook page so we encourage all of you to like that our page so that we are joined with your many friends. We also have a website www.ccopa.ca and on that site, we have all the news that is news! We have information on the provinces and their representatives who are part of us – BC, AB, SK, ON, PEI, NB, and NS. So if you want to start a local group or just browsing, check us out. We are a well functioning group who communicates by email but mostly via ZOOM and we hold 3-4 meetings a year to talk about issues but also to help any groups who are struggling with keeping numbers etc.

Our group (www.ccopa.ca) is funded by other community COPs groups who help by providing donations of a few dollars when they can. We continue to lobby government, local, provincial, and federal for funding as well as private companies.

The thing I learned by being a member of Nanaimo COPs; there are a lot of interesting people out there and by associating with people outside your box, you can learn a lot about life. In our group, amongst the retired members were a real estate appraiser, a lighthouse keeper, a bookkeeper, security manager, and others. The life skills that they each brought to the COPs program was a huge benefit. They are the backbone to any organization.

Most of our groups in BC and the other provinces are not as active as they would like due to the restrictions of COVID-19. A few groups are lucky enough to have family couples as partners so they can go out but that’s not too many. Because we are off duty for awhile and not getting any ongoing training or keeping up our skills, we may see the loss of members and a push to recruit new volunteers when the pandemic is under control.

A conversation about Naloxone/Narcan came up at our latest meeting. The B.C. Government website advises that it is available without a prescription but with 3 requirements – you have a history of use of hard drugs, are likely to witness or respond to an overdose not including professionals for use on patients, and you are First Nations ( called the Take Home Naloxone program). If you suspect an overdose, call 911 and follow the SAVE ME protocol on the website. The site offers info on how to respond to the overdose. Good reading.

A group is hoping more people will volunteer to help look out for any unusual or suspicious activity in Yorkton, Sask.

Chairperson Cliff Trombley said he’s relatively new but the Citizens of Patrol Program (COPP) has been in the city for over two decades. “It’s just that extra set of eyes and ears out on the streets each evening or whenever we can get out to volunteer to help with the reduction of crime,” Trombley said on Monday.

“We try to do is just try to make our community safer and rid the city of as much crime as possible … (RCMP) can’t be everywhere and they can’t be patrolling all the streets. “We meet with the RCMP and just talk about some things that they would like us to do and then some things if there’s things that we would see that might be of value, we’ll run it by them to see if it’s OK with them.”

Trombley said volunteerism has dwindled over the years and they now have 10. He hopes more people will step up so they schedule more people to patrol the city of roughly 20,000 people.

“Right now, it’s very ad hoc where we’ve only got a handful of members. So the amount of time that they’re patrolling is very sporadic. So it would be nice to have a more organized approach,” Trombley said. “If we could get another 20 to 25 volunteers over and above what we’ve got, I think that would really help.”

COPP has two vehicles that volunteers us to patrol the streets for any suspicious activity in Yorkton. “The overall goal is that we find none so that means that we’re, I guess, fulfilling our duties. We don’t want to find any (suspicious) activity,” Trombley said.“We do not engage in any activity or try to intervene or stop anything. That’s not our responsibility … if we see something, we immediately call the RCMP and then they come and investigate.”
Trombley, who is retired, said he was on the Citizens on Patrol in Wynyard back in the late 90s.

RCMP in a small BC community were doing a lot more than chopping down the crime rate. Mounties in Midway found time in between dealing with calls to chop firewood for a local citizen experiencing difficult times.

On Wednesday Jan. 20, Midway RCMP, along with a public service employee, worked together to search the back country, not for a dangerous suspect, but for much-needed firewood to heat the home of a local resident in need.
Recently, Midway RCMP responded to a residence to provide assistance to emergency medical crews, who were attending the home for a medical call.

One of the responding officers later returned to the home to check on the well-being of a woman, whose spouse was taken to hospital.

“The officer interrupted the elderly woman as she was in the process of breaking up household furniture to burn in the home’s wood-burning stove, for heat,” said Cpl. Jesse O’Donaghey. “That officer didn’t think twice and immediately rounded up the troops, who travelled into the backcountry to chop wood, which they sorted, split, delivered and stacked for the local elder.

“RCMP live in the communities they proudly serve. Our frontline officers and support staff don’t just work together to catch bad guys, they work proactively to prevent crime before it happens, they are involved in our school communities working closely with our youth, they coach sports, they volunteer as part of non-profit organizations and they pride themselves in stepping up to lend a hand to others who may need a little help.”

O’Donaghey said it can be easy in these COVID times to become “isolated, and unaware of the challenges our neighbours, friends and even extended family may be facing in private. We hope this small act of kindness encourages other British Columbians to step up, reach out to those around them and help out where they can. This has highlighted the importance of working together and looking out for one another during these unprecedented times.”

C/Supt. Brad Haugli, District Commander of the RCMP Southeast District said he wishes to extend “my sincere appreciation to PSE McLaren, Cst. Hansen, Cst. Stermscheg and Cpl. Peters for their tremendous compassion towards not only this wonderful couple in need of a lending hand, but their community as a whole. They are leaders and represent just some of the incredibly compassionate and dedicated people we are lucky to have providing policing services in our area.”

Interesting movement in British Columbia. The Nanaimo RCMP detachment has cancelled the Auxiliary Program effective December 31, 2020. Reasons given are twofold: first the mandate of the auxiliaries has changed due to an incident a few years in Edmonton so that no firearms are carried and their safety is at risk; and second, the detachment wants to fill two positions (analysts) and they needed to partially fund these positions and so their funding money was removed.

INeedless, to say, I worked with a couple of auxiliaries at watch meetings and had a couple as friends so feel bad for them. They had all that training and dedication which is now gone forever. Maybe they will join the Community Policing Crime Watch group with the hope that the Coordinator may be persuaded to reinstitute the COP format which provides the best coverage for police.

The Ministry of Corrections and Policing for the Province is pleased to announce the establishment of the ‘Saskatchewan Crime Watch Advisory Network’. Supported by Everbridge Mass Notification Systems, the new network provides the RCMP and its Provincial Response Team partner agencies (Saskatchewan Highway Patrol and Saskatchewan Conservation Officers) with the ability to communicate directly with the public on matters of crime prevention.

Citizens can sign up at www.saskcrimewatch.ca to receive crime watch advisories from their local RCMP Detachments. As situations might be occurring, Detachment Commanders will have the ability to send important advisories by text message, email or phone. Those who sign up or register online will have the ability to choose how they would like to receive these advisories. The new network is designed to ensure that ALL people of Saskatchewan can play an important part in public safety. If you have information about an advisory, the advisory itself will include information about what to do and or who to contact.

The new system also allows the RCMP and its partner agencies to communicate directly with existing or developing crime prevention groups, such as:

How will this new Network help?

The new Network acknowledges that crime prevention can be the most effective when the greatest number of people can participate. Residents can help by being the ‘eyes and ears’ of their communities, and by reporting crimes or suspicious activities to the police. The more people who sign up for the advisories, the more effective we can be at preventing crime. Criminals will literally have ‘no place to hide’ as we all work together to keep our communities safe.

Imagine someone is spotted breaking into a cottage or a home. The witness calls 911 to report the crime and describe the suspect’s vehicle. Police go to the scene, but the suspect is often gone. Now, with a Saskatchewan Crime Watch Advisory sent directly from the RCMP, the description of the suspect’s vehicle can be immediately sent to hundreds, if not thousands, of people in the area. People who receive the advisory can call police when they see the vehicle. This gives the police a better chance of catching the offender(s), sooner.

The Saskatchewan Crime Watch Advisory Network, along with existing crime prevention programs, helps create the right environment and culture where everyone can contribute to and be a part of community safety. The network itself sends a strong message to would-be offenders that people are watching and that we all care about community safety.